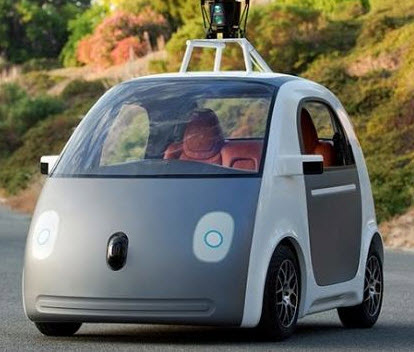 What once was just something seen in a futuristic movie may soon become a reality with the arrival of driverless cars as early as next year! Audi, for example, is hoping to put its fully capable autonomous technology into the market as early as 2017 with the launch of its A8 limousine. Anthony Foxx, Secretary of Transportation, stated he is very optimistic that driverless cars will be everywhere in the world by 2025 during an interview with German newspaper Frankfurter Allgemeine Zeitung after attending the Frankfurt Auto Show in September, 2015. So what does this mean for the automotive manufacturing industry?

Companies all over the world, including the United States, China, Europe and Australia, are already testing these types of vehicles, making their arrival imminent. Automotive manufacturers are teaming up with technology giants like Google to be among the first companies to capitalize on what is predicted to quickly grow into a billion dollar industry. Similar to Audi, Google’s founder Sergey Brin has made it clear that the company plans to have its driverless cars on the market no later than 2018. Toyota and Nissan are predicting their first driverless cars by 2020; Tesla by 2023, and Jaguar and Land Rover by 2024.

Initially, driverless cars will emerge rapidly in the public shuttle sector such as taxis, buses and limousines. Uber CEO, Travis Kalanick, has indicated in a tweet that he expects Uber’s fleet to be driverless by 2030. Traveling this way will become much more cost-effective since the majority of these new autonomous vehicles will be electric and are being made to be more durable, less expensive, smaller and lighter than conventional vehicles. In addition, passengers will have the opportunity to be more productive contributing to a greater economic and societal gain, since they will be able to concentrate on other things rather than driving during their commutes.

With all the excitement around the autonomous car evolution, there are a few negative factors worth mentioning. The movement to move to autonomous cars will open up jobs for a lot of people; but at the same time, other jobs such as taxi drivers, bus drivers, truck drivers and low-skilled workers will be down. Moreover, industries related to the automotive market may suffer, such as insurance companies with lower incident rates, or Oil & Gas companies where it’s no longer necessary to have a gas station on every corner. And let’s not forget the driver enthusiasts who just absolutely loves driving their cars…everywhere!

Either way you look at it, there is no question that the automotive industry is rapidly changing yet again.

*For more information about the sources used to create this article, please contact marketing@muellergroup.net.